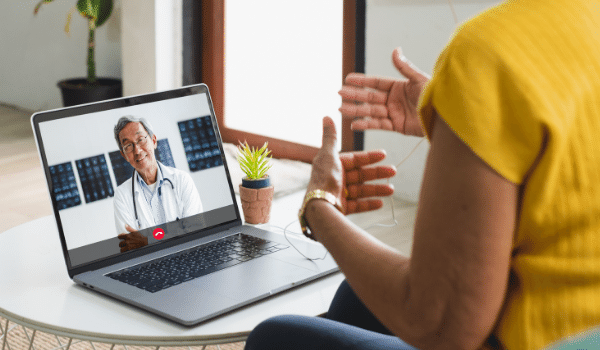 Telehealth exploded at the start of the COVID-19 pandemic as patients and providers scrambled to find safe, effective ways to receive and deliver care remotely.

According to McKinsey & Company, overall telehealth utilization for outpatient and office visits was 78 times higher in April 2020 than it was that February. One of the factors driving this spike was regulatory changes enabling greater access to telehealth services, including an emergency order allowing providers to deliver consults to patients living outside the jurisdiction they are licensed.

However, that emergency order has since expired, and many clinicians and hospitals are unclear on where they stand when it comes to providing remote consults to out-of-state patients. Some providers still deliver these consults, but others are taking a more conservative approach.

If you’re not sure what to do, you’ve come to the right place. This blog post offers insight into whether doctors can provide remote consults outside of their jurisdiction, unpacks the current legislative landscape, and offers recommendations into the future of remote consults. Let’s dive in!

Whether a provider can deliver out-of-state telehealth consults depends on the state and federal policies within their jurisdiction. In general, these consultations are not being supported at the federal level, but there are ways that providers can continue to consult with patients outside of their state via telehealth.

According to current case law, doctors in the United States are licensed within a specific state or territory -- not on a federal level. There is a movement within the medical community to change that legislation, especially in the wake of the pandemic, when most states temporarily waived rules requiring physicians to hold a license in the state where they practice.

Even though many states are rolling back those emergency orders, there are exceptions to most states’ medical licensure laws that create room for providers to practice interstate telehealth. For example, a provider in some states can consult with a provider in another state on a patient. According to the law, the patient is still receiving medical advice from their local doctor. Many providers and hospitals rely on this exception to deliver out-of-state telehealth consults.

There is also an initiative underway to make the licensing process easier for providers who want to practice medicine in multiple states. The Interstate Medical Licensure Compact (IMLC) is an agreement currently adopted by 30 states, the District of Columbia, and the Territory of Guam that gives providers who want to practice in multiple jurisdictions a streamlined pathway to expanding their licensure.

According to its website, IMLC “makes it possible to extend the reach of physicians, improve access to medical specialists, and leverage the use of new technologies, such as telemedicine.” Physicians who live in these states are licensed by 43 medical and osteopathic boards and can qualify to practice medicine across state lines as long as they meet the Compact’s eligibility requirements.

There are several paths being explored for legalizing interstate telehealth consults and second opinions on a federal level. The most direct path may be using the power of the United States’ federal executive departments to forge the initial trail.

For example, The Veterans Health Administration is the United States’ largest integrated health system, which serves more than 9 million Veterans and encompasses nearly 1,300 health care facilities, including more than 170 VA Medical Centers and more than 1,110 outpatient sites. Currently, the VA allows healthcare providers to deliver care via telehealth to veterans across state lines using a federal pre-exemption to override state medical licensing restrictions. Similar legislation can be applied to other executive departments to expand the legality of out-of-state remote consults across the country.

Perhaps a more powerful force can come from the Department of Health and Human Services, which oversees the Centers for Medicare and Medicaid Services. As of 2020, nearly 19 percent of adults in the United States received health insurance coverage from Medicaid. The same year, more than 18 percent of adults were covered by Medicare, and that number is projected to grow as our population ages.

Theoretically, the federal government could use the same federal pre-exemption to expand the legality of interstate telehealth consults to include Medicare and Medicaid recipients, impacting a large portion of the population. This expansion may also be applied to The Department of Justice’s Bureau of Federal Prisons, which is responsible for the care of 151,000 federal inmates. The impact of this expansion might lead to wider acceptance of interstate licensure.

The future of interstate telehealth is still unclear, but one thing is certain: Remote care isn’t going away. Patients are embracing the ease, convenience, and access of telemedicine, with more than one-third of consumers reporting that they were willing to receive care virtually for both the initial and ongoing assessment of a condition. Still, the legislative landscape hasn’t quite caught up to technology.

Hospitals have differing opinions on this issue. Some aren’t doing it at all because they don’t want to run afoul of the law. Others are providing virtual care by taking advantage of specific legislative provisions and interstate compacts.

Wherever you fall along this spectrum, it’s time to start thinking about what your strategy for interstate telehealth consults will look like in the future. Policies supporting remote consults across state lines will eventually pass. Health systems that wait for legislation will fall behind because others will have already figured out their approach.

As virtual care becomes more commonplace, Purview is keeping a close eye on the future of cross-state telemedicine so we can help our customers navigate this dynamic, complex landscape. For more information on this topic, listen to our webinar, Jurisdictional Law and Reimbursement Legislation, which takes a deeper dive into remote consults and second opinions across state lines. 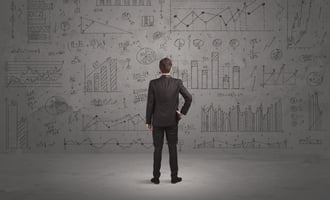