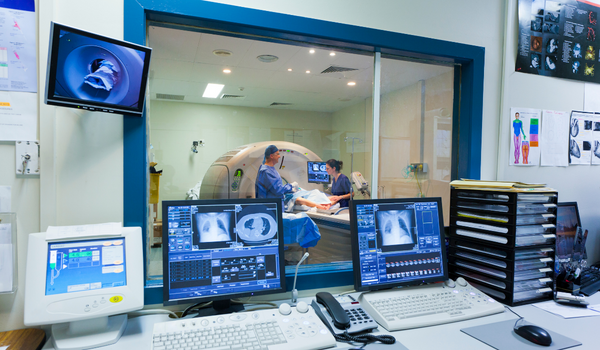 “An ounce of prevention is worth a pound of cure,” opined Benjamin Franklin. While the Founding Father may not have been speaking quite so literally, it’s an idea that will feel familiar to many healthcare professionals. We advise patients to eat well and exercise regularly, even when they’re in the best of health, knowing the long-term benefits far outweigh the short-term inconveniences.

Healthcare providers too should find some wisdom in Franklin’s words. A record storage system is a virtual necessity in our data-driven world, yet it’s one that too many practices overlook. A safe, secure cloud-based system offers many advantages for practitioners and patients alike, but some still balk, citing the fear of expense.

Under the Health Insurance Portability and Accountability Act (HIPAA), providers are required to respond to requests from individuals for copies of their medical records within 30 days of the provider receiving such a request. The truth is that keeping inaccurate or incomplete patient scans and reports on-site or in Horos may exact a far greater cost in the form of the inability to respond to a medical records request promptly, data breaches, and other digital horror stories, resulting in fines, malpractice lawsuits, and misery.

Digitization is Not a Silver Bullet

One of the principal expectations of digital medicine is the ease and reliability of digital data exchange. Before PACS and Digital Imaging and Communications in Medicine (DICOM) were introduced in the early 1990s, medical imaging was plagued with data transfer problems: printed image films were expensive to print and hard to move around, but fairly easy to lose. Moreover, printed images typically existed in single copies, so any loss would entail redoing the entire patient exam—a high price to pay for poor image management technology.

Digital imaging intended to solve all of these problems, making imaging data easy to copy, share, and view, thereby revolutionizing the entire radiology workflow. However, what sounded great in theory has run into obstacles of its own in practice. And as we have recently discovered, the old problem of “lost film” has not gone away, but has transformed into a new, “digital” form.

Now, improperly stored digital medical records are subject to calamity: A laptop is dropped, a hard drive fails, data is accidentally deleted, or an office is burglarized, resulting in the loss of protected health information (PHI). Without proper primary storage, and a backup, not only are healthcare providers subject to fines resulting from HIPAA violations, but at a significantly increased risk from a malpractice suit. In additions to fines for not producing scans within 30 days, a patient's health may suffer from the delay. This can result in immeasurable damages for the practice and physician.

Between 2009-2018, the National Practitioner Data Bank shows that $309,908 was the average payout for a medical malpractice lawsuit and according to an American Medical Association 2016 survey, more than one-third, or 34% of American physicians have been sued over allegations of medical malpractice. Even when innocent, without the benefit of their own evidence, providers are unable to fully defend themselves, risking their professional licensure and incurring substantial cost.

A secure cloud-based solution ensures that no matter what bad luck may befall any individual piece of technology, access to vital health information continues uninterrupted without the burden of maintenance on the part of the practice and may even offer providers and patients the option to access records on the go from a mobile device.

Learn how you can securely store, view, share and report
on images in the cloud with Purview Image

How Much Does Purview Software Cost?
Les Trachtman
Read Now