Lisa Craine recounts her battle with a deadly cancer, cholangiocarcinoma, more than a decade after the initial diagnosis. How a second opinion gave Lisa twelve more years with her family...

Have you ever received a diagnosis or treatment plan where you felt this isn’t the whole story? Surely, there are other approaches to consider before an invasive surgery, a medication with lasting side effects, or in Lisa’s case, accepting a death sentence. Twelve years later, Lisa Craine recounts her experience after she was first diagnosed with a rare and deadly cancer, cholangiocarcinoma. If Lisa simply accepted the first diagnosis, she would not be here today to share her story. Lisa sat down with Purview’s Samantha Winters to share her story.

Lisa: It was 2010. I was working full-time as the VP of a recruiting firm and I loved what I did. Our two boys were 13 and 18, so one in 7th grade and the other heading off to college. We thought before our oldest heads off to college, he should see a gastroenterologist after having symptoms of being lactose intolerant. During that visit, the doctor, who was also a friend, Arjun, asked me multiple times how I was feeling.

I finally said, ‘I’m just tired,’ thinking ‘why would I not be tired? I’m working hard, running my kids around. We’re busy.’

He suddenly looked concerned and asked if I had pain anywhere.

I said, ‘yes actually, but I just had it checked out and they told me it was costochondritis - inflammation of the breastbone.’ At the end of my son’s appointment he handed me a slip and said - ‘I want you to get an abdominal ultrasound - tomorrow.’

The next day I squeezed in the ultrasound during lunch. Not long after, I get the call. Arjun says, ‘well, it’s not your gallbladder,’ and pauses..

I’m thinking, ‘thank God because I don’t have time for surgery.’

Then he says, ‘but you have a mass on your liver.’ He reassures me that it could be noncancerous, but I should figure it out. I tried making light of it, joking, ‘the only mass that’s good is on Sunday.’

In actuality, I had no idea what to think. I didn’t feel sick.

My husband and I followed up with a local oncologist who was the first to diagnose me with cholangiocarcinoma, a rare and aggressive bile duct cancer. We didn’t really understand or fully absorb what he was trying to tell us when he very matter of factly said:

‘It’s  too big to be surgically removed -
You have 6 months. You should get your affairs in order.’

My husband and I looked at each other and couldn’t even form words. We were overwhelmed with emotions, thinking back on our life together. We were high school sweethearts and had spent most of our lives together to that point. We thought about our children. We thought this was not how it was supposed to go. This was not how we planned it.

The oncologist just sent us on our way.

My husband wouldn’t accept that this was the only option. He did some research and said, ‘we’re going to go to the Cleveland Clinic.’ And then we did. We met with Dr. John Fung, a liver and transplant surgeon. He confirmed that the tumor looked cancerous, but said that we would need to perform a biopsy first. He was surprised that the first oncologist didn’t perform a biopsy.

After the procedure, my husband and I were waiting in the exam room for Dr. Fung to deliver the results and noticed that he was pacing up and down the hall. When he finally came in, he confirmed that the diagnosis was indeed cholangiocarcinoma, the same deadly cancer. Then he said, ‘I think you would be a good candidate for surgery.’

Lisa proceeded to have multiple surgeries over the next few years, where an astonishing 78% of her liver was taken in the first surgery. She also had cancer in the lymph nodes, which meant she was stage 4. Lisa noted that in most hospitals, the protocol is to close up the patient at this point, but Lisa’s surgeons did not. They were able to take most of the mass, but it was not considered to have clean margins, because it was pressed against a main artery. So they followed surgery with chemotherapy.

Six months later, the cancer returned with two new tumors. They performed the surgery again, this time taking 35% of her liver, followed by more chemo, but the same thing happened where six months later two more tumors grew. Next they followed up with three cycles of a third chemo and four cycles of a fourth chemo, but they didn’t work. Then they tried SBRT radiation, a strong targeted radiation, which did work.

But one year later, Lisa had two more tumors. This time, her case was presented to a multidisciplinary tumor board, which is when surgeons, oncologists, radiation oncologists and interventional radiologists review the case together. One young radiation oncologist, Dr. Kevin Stephans, spoke up to say he thought they could try SBRT radiation during surgery. SBRT radiation is stereotactic body radiation therapy, which precisely and powerfully targets an area, leaving the healthy tissue untouched. He thought that if they could get in there and target it exactly, it would work. The team initially resisted the idea because it had never been done before on this part of the body, but they agreed it was worth a shot.

The next challenge was that insurance said they wouldn’t cover it because it was not an ‘approved treatment’ for cholangiocarcinoma. Lisa’s husband did some more research and came back to them with the fact that there were zero approved treatments listed for cholangiocarcinoma. Lisa’s doctors had peer to peer reviews with the insurance company, urging them to cover it. Lisa’s husband argued with them relentlessly over multiple phone calls. Lisa described him as eventually just making an emotional appeal to one of the workers saying, ‘if this was your wife or child, and this was the only option, would you be denying this?’  They finally approved it, but not without further back and forths following the surgery.

The treatment was successful, it killed both tumors and healthy liver tissue grew in that area. Then, to everyone’s dismay, a few months later the tumor marker goes up again and Lisa has her 5th recurrence with an 8th tumor. Dr. Stephans, the young doctor who thought of the last innovative approach, told Lisa that this time there was not a safe pathway to radiate this tumor because of where it was located.

Lisa: ‘I was devastated. I cried to Dr. Stephans, ‘after all of this, how could one small tumor kill me?’ My husband and I left, crushed, but Dr. Stephans didn’t give up.

One night after dinner a few weeks later, he called, and said ‘it’s Dr. Stephans and I figured out a way to radiate that last tumor! You might have some heartburn, but I think we can get it.’

I was so excited, I was jumping up and down like I won the lottery.

I had the radiation, and that was my last treatment. I have had no evidence of the deadly disease since 2014.’

Lisa said that she later found out that Dr. Stephans spent his nights and weekends figuring out a solution with the physicist to find a safe pathway to treat the last tumor. She said that she will never forget that phone call from him.

Lisa has not had any evidence of the cancer since this last treatment in 2014.

Lisa now mentors and advocates for patients diagnosed with the same aggressive cancer through a homegrown organization she started called Craine’s Cholangiocarcinoma Crew, and also serves on the board of the Mike Shane Fund. A few of Lisa’s lessons include: 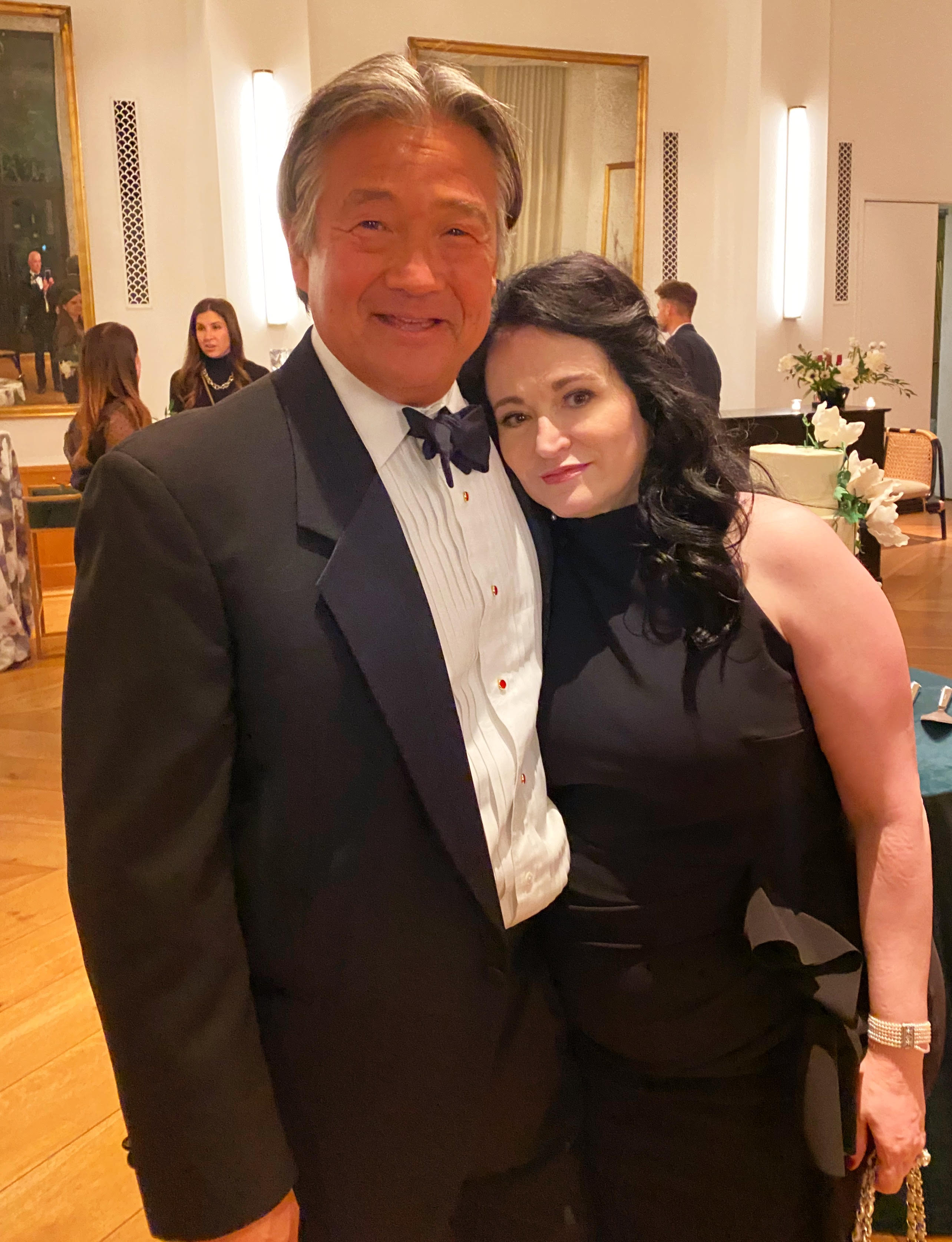 Lisa and her family are big fans of Dr. Fung!
Dr. Fung never gave up on Lisa's case.
Lisa says, 'he saved my life.' 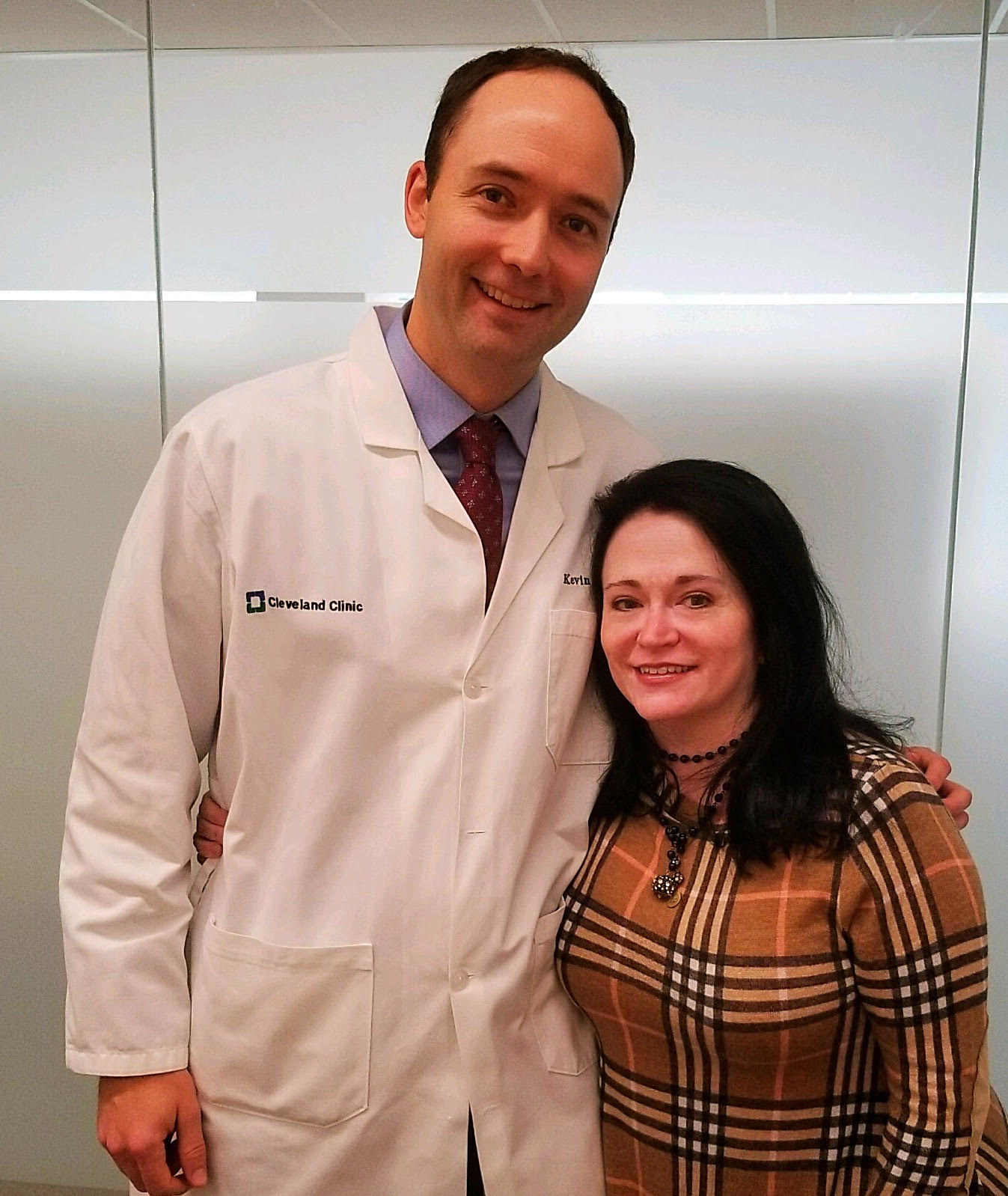 Lisa Craine with Dr. Stephans, who was part of her tumor board. Dr. Stephans worked overtime to find a solution to reach Lisa's last tumor, which proved to be especially challenging. 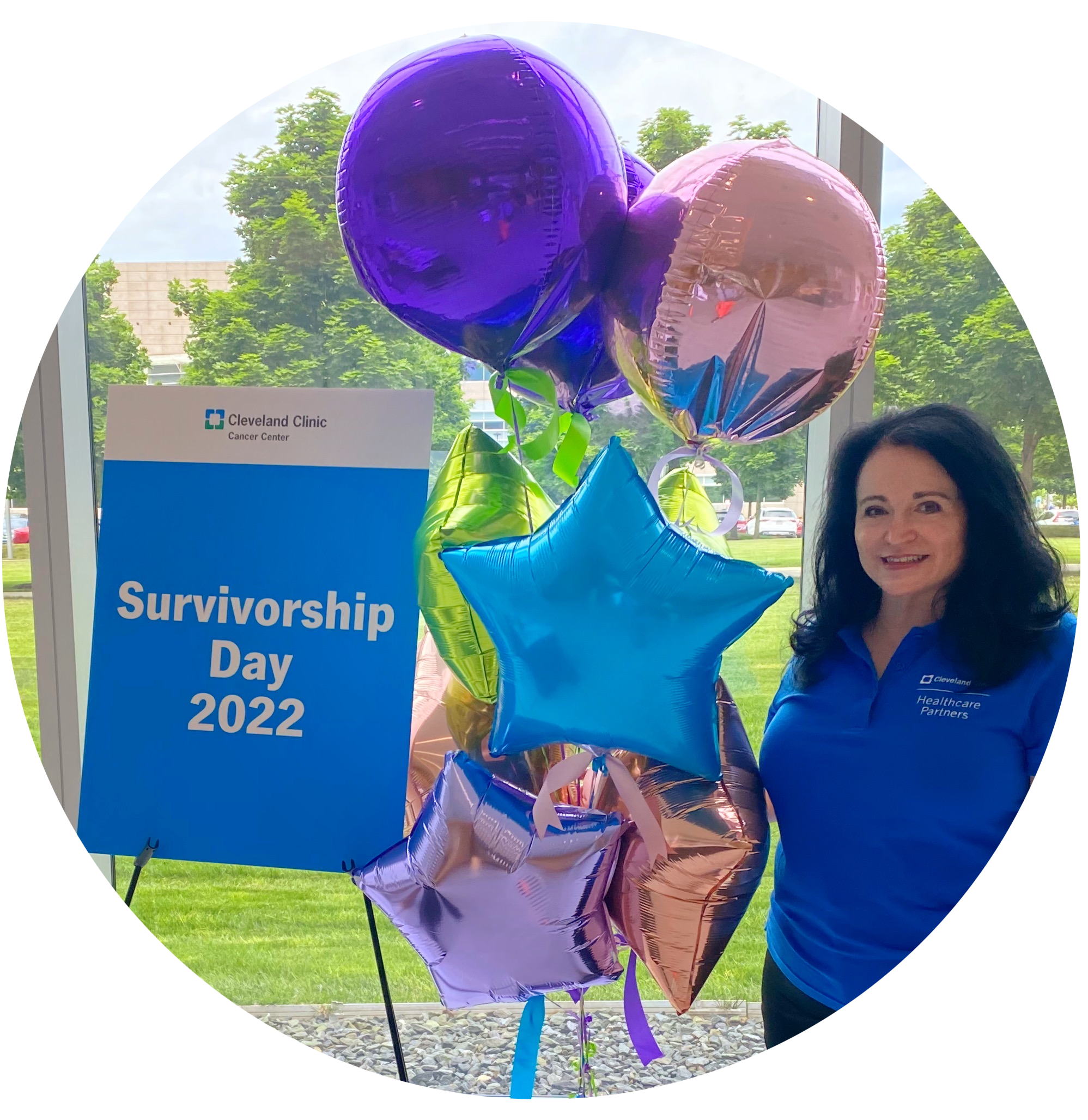