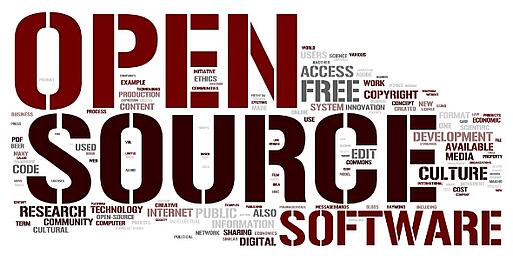 Most radiologists have at least heard of a radiology viewing software product called OsiriX.  While they may not know a whole lot about the product, it is the most popular medical image viewing software in the world. OsiriX was produced in Switzerland by several radiologists who had the foresight to distribute it via an open source LGPL license.  And now there is Horos, a derivative of OsiriX, with even more functionality, and a growing and potent open source community surrounding it.

Equally interesting but less well known is a second open source project called DCM4CHE.  DCM4CHE is a DICOM toolkit that is the backbone of a highly functional PACS.

So as a physician, clinician, researcher or veterinarian why should any of this matter to you?

Open source software will always be the very best software ever created.

While most commercial software is created by a single or small group of software developers, open source solicits contributions from everyone with the expertise to contribute. This means that the development team is unlimited in geography and size, and cumulatively comprises more talent and application-specific knowledge than any single commercial company could assemble or afford. This crowd sourcing development has already produced some of the most popular software in the world including the Linux operating system, Apache server and MySQL relational database software. Horos and OsiriX are already very good and will surely surpass all other software over time.

Open source software is readily and freely available for use by anyone who wants it.

Open source software means that anyone who wishes to use the software can do so without cost. Amazing as that may sound, this is becoming more and more popular among major software applications.

One of the criticisms we’ve heard about open source software is that it is not adequately supported or maintained.  While this is how OsiriX started (the original developers of OsiriX formed a commercial company - Pixmeo that only provides email non-emergency support during European business hours), it is no longer the case.  There are now several companies that provide training, support, and maintain the OsiriX software. And the community of support for Horos is just beginning to accelerate.

With commercial software you are dependent upon the viability of one single vendor. If they stumble, fail to keep the software current, or go out of business, you are stuck.  With open source, there are tens or hundreds of developers that are always available to enhance the product.  The chances of open source software surviving is an order of magnitude or more greater than any single commercial package.

OsiriX and its new derivative Horos run on Apple workstations.  While Apple computers may cost a bit more than your standard MS Window’s PC, combined with a high resolution monitor they are a much less costly alternative to special purpose radiology workstations that cost as much as $40,000 - $150,000 depending upon the brand and size.  Today you can purchase a top of the line 27” iMac 5K with 14.7 million pixels of resolution, which is significantly more resolution than those special purpose workstations for $2,500.

While Horos or OsiriX running on a Mac computer has the capacity to store studies without requiring a separate PACS, this configuration is not recommended.  It’s easy, inexpensive and less prone to failure to separate your viewing workstation from your PACS.  DCM4CHE set up on a separate RAID or storage array or available in the cloud from several vendors, provides a high performance and world-class storage capability for hundreds of thousands of studies or more without degrading workstation performance.

OsiriX has an FDA approved version that you can use for primary diagnosis.

While this version is not part of the open source, it can be purchased today for $700 per viewing station. In addition, there are PC, tablet and phone-based viewers readily available today that are FDA and CE approved for medical diagnostic purposes.

Utilizing the feature sets of this open source software, gateways are available to both integrate formerly incompatible PACS and enable collaboration and access anywhere, anytime.

While it may sound exotic to use an open source product for your production medical imaging viewing and storage, it is a trustworthy safe and fully supported alternative to high cost workstations and proprietary PACS.  And with open source applications becoming available in more domains, open source represents the future of medical software.